by africanfoto
Today, tattoos are commonly used for decoration, what Dr. Y considers ‘alien’ to the original, cultural purpose they served. Another form, called scarification, usually referred to as ‘tribal marks’, and the culture that prompted the tradition has dimmed down over the years as it has been deemed an ‘extreme’ process. Although, it is difficult to throw away the culture meaning the scars serve.
In the days of generational process and rituals, tattoos were viewed as a way to wean away disease and evil spirits. Tribal affiliation is another reason for the markings, which shows the social status or traits a person carries, i.e. ‘bravery’, ‘courage’. 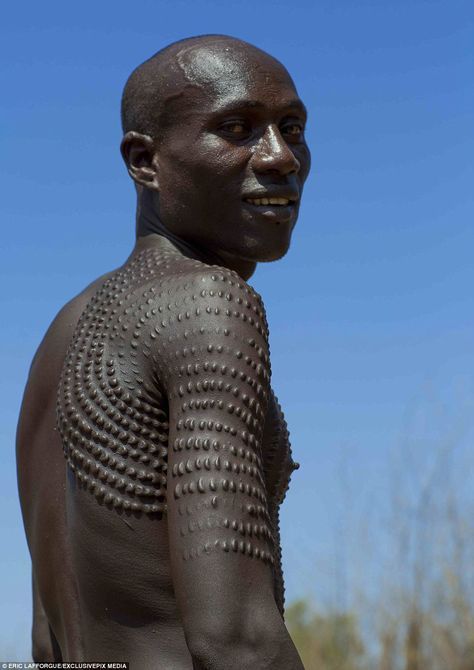 Placement of the tattoos also show social status. Lower-class citizens are allowed basic tattoos consisting of straight lines and shapes. Although, the same lines placed on the arms and legs, in places like Benin / West Africa, show the status of a priestess. On the other hand, the social status of leaders, like chiefs, are decorated with elaborate details to display their stature. Aside from the arms and legs, patterns are commonly positioned beneath the naval area.
Tattoos, aka scarification, does not necessarily involve the use of ink. Scarring is created by using a sharp tool, that is most times hot, to cut the skin deep enough to cause a raised design on the surface. When done properly, the skin heals and scars form shapes and patterns that remain permanent. When aftercare is not done properly, skin can become infected and this could be followed by fatal repercussions. 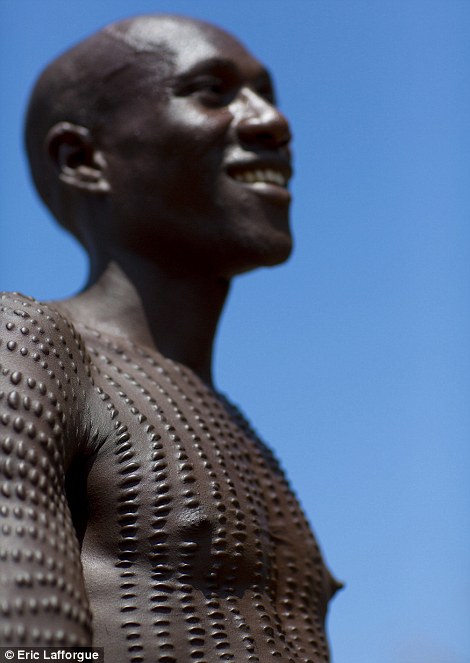 A more advanced form of scarification, from my point of view, is a method called ‘cicatrization’. This type of scarring involves rubbing ash or soot into the wound, which causes inflammation of the skin. Using this method, the scars raise and protrude more than normal. As a ritual for boys, in the time they are growing into their adulthood — reaching the stage of puberty, the scars are re-opened so pebbles or pearls can be added underneath the skin to create an even more raised effect.
. . .
The Introduction: Culture & Craftsmanship is a very brief look at the culture and traditions that relate one to another. This journal will explore Tattoos & Scarification, Music & Movement, Design, Essays and Pottery.

The Sway of the Wino wa Akishi

by africanfoto
Scroll up Drag View